Long ago my students read a story each year called “The Day Nothing Happened.” It was a tale of two children in the Arctic, walking across the frozen tundra, bemoaning the fact that they lived in such a ho-hum place where nothing ever happened. The subplot, however, was  a recounting of several animals and their adventures that the children passed on their walk, some in struggles for survival. Yet the boy and girl saw none of that. It was a good lesson for us to keep our eyes open for things around us that could be easily overlooked. 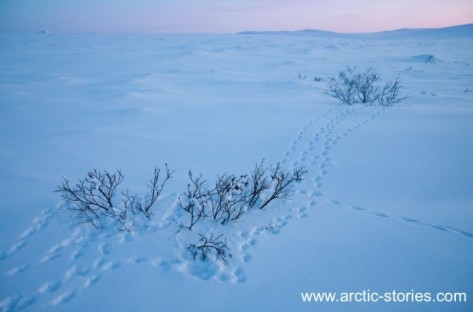 Our son and daughter-in-law  lived with us for several months while their house was being built. She liked watching for the albino squirrels that live in our neighborhood (we have two). Last Sunday on our way home from church she asked about them and I told her I hadn’t seen them in quite some time. I had heard that people had seen some in the park down the street and I told her they might have taken up residence there. Just as we were about to pull in our driveway, she said, “There is one of them!” Sure enough it was in the yard across the street. They have probably been present often, but like the Arctic children in the story, I have failed to notice them.

The best thing about the March writing challenge is that it causes me to keep my eyes open and my mind aware of things in my life worth noting. This year I have written 31 entries, but didn’t get them all  posted on time each day. Still I feel like I have succeeded because once again this month of writing has opened my mind to possibilities. Many thanks to Two(+)Writing Teachers for sponsoring the March Writing Challenge again this year.

May we all continue to have eyes to see…

7 thoughts on “eyes to see”